Relieve Pain Safely and Naturally with the EarDoc from Kencap

With all of the crazy going on in the world that we live in with Covid19 and more… there is no better time to make sure that you have the products needed to provide the highest quality of home care treatments in the convenience of your own home. The best part is that this means you are going to be able to relieve your pain safely and naturally

Relieve pain naturally and effectively all without medications or trips to the doctor's office. 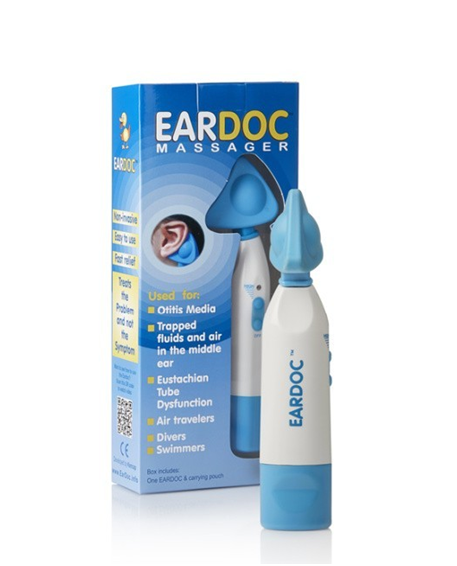 The EARDOC is the New & Improved 10 Speed EARDOC Pro-Ear Pain Relief-Ear Infection Treatment Device made by Kencap. A middle ear infection is usually caused by blockage of the Eustachian tube which is a narrow passage that connects the middle ear to the upper throat (just behind the nose). The EARDOC™ opens the clogged Eustachian tube, allowing the fluids to drain out of the middle ear. All you have to do is to put the Eardoc behind of the ear and literally turn it on and you will begin seeing relief. The Eardoc gives immediate relief and treats the Ear infection without antibiotics or painkillers. If the pain persists of course see your doctor but this can be a tool to help treat before it becomes a serious infection. 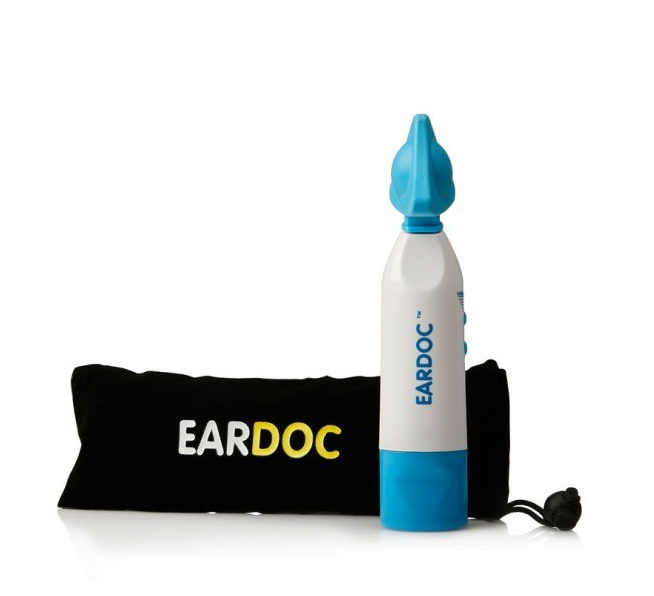 The EarDoc is also perfect at relieving general ear discomforts. If your kids or you have issues with flying and has a serious issue with pain for the flight and this is a great way for her to relieve the pain. 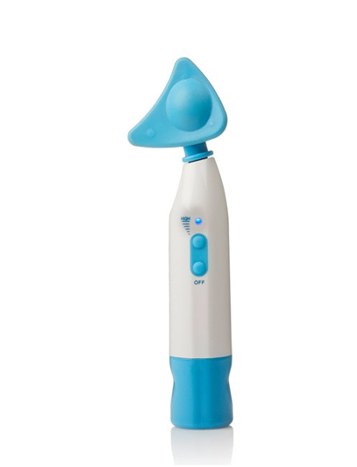 The EarDoc is perfect for anyone that has issues with their ears being clogged after swimming. Kids and adults can sometimes have issues with ear infections after swimming and using this after swimming ensures that she will not end up with an infection as it helps to open up the clogged Eustachian tube. now you can just use this device on each ear afterward to prevent an issue. they love it and the fact that it works so that there are no medicines or antibiotics involved speaks volumes as prevention is everything!

More reason to love the EarDoc:

*SUPERB QUALITY: Made to perfection using the highest quality materials.

*WORKS MAGIC: A high-performance ear device that guarantees instant results. It relieves ear pain within minutes and helps treat ear infections. The Eardoc performs its work by draining the fluid, causing ear infections and pain through opening the blockage.

*ERGONOMIC DESIGN: The Eardoc is a non-invasive design that functions by being held behind the ear. It works by generating vibrations through the mastoid bone to the middle ear and opening the Eustachian tube and draining the fluid.

*PERFECT FOR ADULTS & KIDS: Our ear treatment device is child-friendly and safe for adults. It operates entirely through vibration sensation. Ear pain relief is ideal for air travelers, swimmers, and divers. It has been built to deliver exceptional results.

*NATURAL SOLUTION: Designed for external use. The Eardoc effectively treats your infections and relieve pain through vibrations. No chemical or any form of artificial liquid is inserted in your years. The vibrations stimulate fluid movement, opening up the tube. 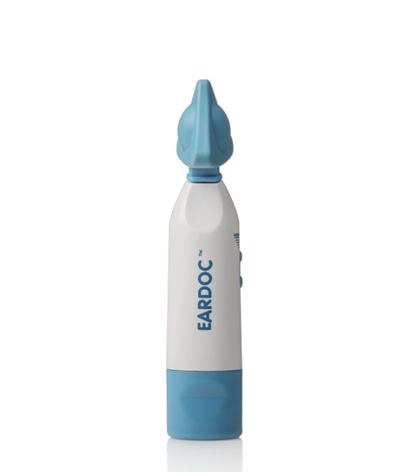 The Eardoc- over the counter best device

Eardoc is a next-generation device that helps with one of the most common infections around- ear pain. It helps patients with ear issues to ease ear pain and treat infections. It is a safer alternative to invasive procedures such as surgery and suctions typically applied to treat common ear problems such as Otitis media and ear clogging. Eardoc is a tested and trusted device that prevents and deals with all these symptoms promptly and efficiently by gently opening up the Eustachian tube and letting all the liquid flow out.

The Eardoc device is handy and easy to use. With the Eardoc device in your possession, you don’t have to visit ear specialists or buy expensive over-the-counter antibiotics to treat ear infections. It is a relatively simple and effective option for pain relief.

The tender but firm first design and structure of this super device makes it a powerful and harmless option to treat ear infections, even for the tender ears of children. Parents don’t have to worry about further ear damage to their kids, because Eardoc was designed to treat and cure their ear conditions, not hurt them. Unlike other treatment methods, the Eardoc device doesn’t only deal with symptoms of ear infections, it deals with the problem itself too, making it an all-in-one ear treatment alternative.

Eardoc is very handy and affordable. You don’t have to worry about where to put it or deal with complex maintenance procedures. With the Eardoc device, you no longer have to rush to the doctor’s office to treat emergency ear issues or cram a nexus of instructions from manuals. The Eardoc is very mobile too. You can simply place it where you can easily reach when you want to use it like your wardrobe, bag, purse or car compartment.

The Eardoc works for other issues apart from Ear infections and clogged Eustachian tubes. Swimmers and divers typically have issues with water-clogged ears after some time in the water, and the Eardoc device is just perfect to deal with the problem. Divers no longer have to further endanger their health in an attempt to get the water out by shaking their heads vigorously or sticking a potentially dangerous object into the ear. All they have to do is get an Eardoc device, follow the simple instructions on the manual, and in no time, their ears will be water-free- all without any form of potential harm to their health.

The mechanism of action of the Eardoc device is simple but potent. It works by sending low frequency vibrations through the ear canal which in turn spread open the Eustachian tubes, leading to the release of congested fluids, instant relief, and long-term good ear health.

An ear infection is basically the proliferation of a bacterial or viral agent in the ear canal. It could also be caused by allergies or flu illnesses which may lead to fluid congestion and swelling of the Eustachian tube. Some of the notable symptoms of ear infections and congestion include inflammation of the inner, middle, or outer ear, pain, impaired balance and hearing, dizziness, etc.

The Eardoc device is one of the best ways to deal with Otitis media and other common ear infections. Get one today, and free yourself from pain.

Why every home should have at least one EARDOC™

March 2020 - Why every home should have at least one EARDOC™

Parents know it too well, so do swimmers, AIR travelers and divers, especially those who love to go deep under the oceans It is the Ear pain caused by pressure put on your ear drums. Inflammation of the inner ear (OM) is extremely common in children as well as affecting quite a few adults. Recurrent, protracted ear infections cause severe pain, restlessness and muffled hearing, which can hamper development and prejudice learning. Ear infection is one of the main reasons for visiting the doctor or the emergency room. Blockage of the Eustachian tube which links the middle ear cavity to the oral cavity can be a main cause of inflammation, would result in accumulated fluids infected or none infected in the middle ear generating pressure on the eardrum. In some cases, your doctor would recommend antibiotics and in acute cases they may recommend you with an Ear tube surgery also called Myringotomy, which is a surgical procedure in which a small incision is made in the eardrum to release the trapped fluids.

Now a new portable device called the Eardoc opens the Eustachian tube in a noninvasive way that gives instant relief. Eardoc, by Kencap, is described as “a simple resonating device designed to shake and open the Eustachian tube to allow any liquid inside to flow out”. When placed next to the ear on the mastoid bone the device vibrations travel to the Eustachian tube doing two things, one is mechanical shaking the tube and the second is relaxing the tissue surrounding the tube both actions result in opening the tube. Accumulated air and fluids causing the inflammation can be released through the tube to relieve pressure on the eardrum. Experts say it is the only available noninvasive method shown to work to reduce the pain and edema associated with ear infections. You can never know when there's going to be your next ear pain.

In 2019, approximately 10 million children, ages 0-17, reported to have ear infections or otitis media. Of those, 8.8 million children reported visiting a physician or obtaining a prescription drug to treat the condition. Medical spending to treat otitis media totaled $3.1 billion in 2019. Mean annual expenditures for those with an expense related to otitis media were $350 per person. The Eardoc cost only $55 and have impressive results. 94% of the Eardocs users felt improvement in minutes and got relief during and after use. 98% of our satisfied clients would recommend buying an Eardoc to have at home. This is exactly the reason why every home should have at least one of the EARDOC™

Eardoc Quick Facts:
• Eardoc is a non-invasive safe-to-use device for ear pain with or without antibiotics.
• Eardoc opens the Eustachian tube by shaking the Eustachian tube and its surrounding.
• Opening the Eustachian tube and releasing trapped fluids would release the pressure on the eardrum.
• Eardoc works best for releasing fluids that have low viscosity but can also reduce the pressure for glue ear.
• Eardoc can be used for ear infections and otitis media but also trapped non infected fluids and plugged ears.
• Eardoc can be used in conjunction with other OTC/Rx analgesics.
• The device does not cause any known drug interactions and has no side effects.
• Eardoc is safe and effective for all ages above two years old when used as recommended.
• Eardoc's efficiency can also be measured easily in your ENT office using a tympanometry. test the patient with a tympanometry before and after the use of the Eardoc.

Every time a middle ear infection happens, fluid collects behind the ear drum. This fluid usually slowly clears by itself, but children who get frequent infections may have fluid stay behind the eardrum for longer. This is called glue ear. Glue ear may last for many weeks or months, making it harder for your child to hear. Occasionally, glue ear can temporarily affect language development.

What causes an ear infection?

Ear infections are caused by bacteria and viruses. Many times, an ear infection begins after a cold or other respiratory infection. The bacteria or virus travel into the middle ear through the eustachian tube (there’s one in each ear). This tube connects the middle ear to the back of the throat. The bacteria or virus can also cause the eustachian tube to swell. This swelling can cause the tube to become blocked, which keeps normally produced fluids to build up in the middle ear instead of being able to be drained away.
Adding to the problem is that the eustachian tube is shorter and has less of a slope in children than in adults. This physical difference makes these tubes easier to become clogged and more difficult to drain. The trapped fluid can become infected by a virus or bacteria, causing pain.

The symptoms of middle ear infection:

When should a parent suspect an ear infection?

A parent should suspect an ear infection when a child becomes ill with fever, is irritable, and usually complains of pain in the ear. Many children who develop ear infections will first have colds. However, ear pain can be caused by other problems, such as a sore throat, without an ear infection.

What is our treatment for an ear infection?