EARDOC™ was tested on patients complaining of ear pains. Tympanometry identified fluids in the middle ear as the cause of pains.

In the figure below the effects of treatment of the two groups of patients are compared.

Graph - number of children without middle ear fluid before and after the treatment by EARDOC™. 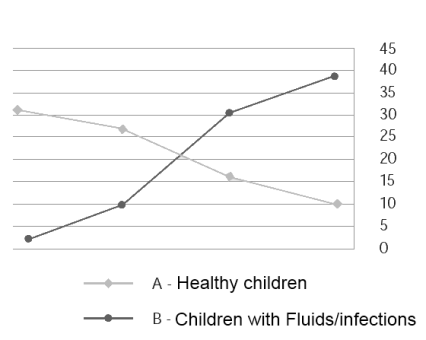 A satisfaction survey indicates that 94% of EARDOC™ users felt pain relief and 89% will use it again in similar conditions.