Negative ions are natural molecules found in nature, which improve cognitive functions and affect mood and depression. They are around us in the air all the time, but their concentration is low and their influence minor. HEADOC™ generates higher level of negative ions concentration, thereby positively affecting mood.

Research of the influence of negative ions has given rise to a large industry that makes use of the properties of negative ions. Many products apply negative ions technology, such as bands and bracelets, used by well-known professional athletes or air purifiers and filters.

Research of the influence of negative ions goes back as far as 1932! An engineer by the name of Clarence Hansell is the pioneer of ionized air research. Every discovery has an interesting story and so does this one – while working in a radio laboratory, he noticed his colleagues’ mood changed in accordance with the ions their equipment was generating. When the equipment generated negative ions his colleagues were happy and energetic. When the equipment generated positive ions their mood was gloomy and depressed. Following this observation Hansell researched the effect of negative ions throughout his life. Recent studies support his conclusions, showing that negative ions can be used to treat and even prevent depression. In addition to affecting depression, negative ions show improvement in many other cognitive functions and performance. 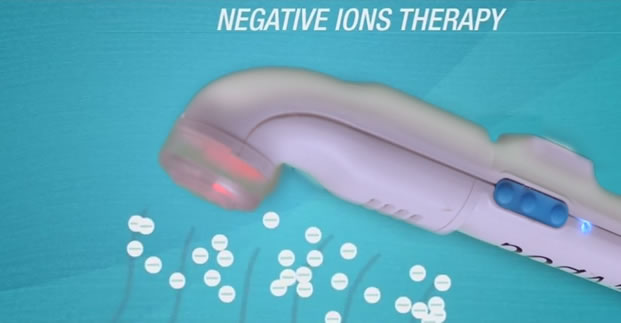 Studies in the 1980’s show that negative ions improve memory performance in children (Morton and Kershner, 1984) and also have positive effect on decision making (Baron, 1987). A research from 1992 indicates that the balance of positive and negative ions has an effect on physical and psychological health, with the negative ions playing a positive role (Andrade, 1992).

Negative ions have been shown to decrease the amount of accidents in industry and traffic, shortened human reaction time, and alleviated depressions. They have led to decrease in crime, suicide, and lowered irritability and bad mood. Positive ions, on the other hand, have bene shown to have corresponding opposite effects (Charry and Hawkinshire, 1981).

Another research concluded that atmosphere with reduced concentrations of negative ions leads to an increase of more than 50% complaint rate of headache, nausea and dizziness compared with a atmosphere saturated with negative ions (Hawkins, 1981).

Some studies on negative ions and their positive effects